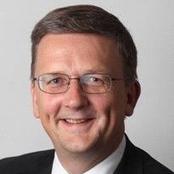 Until 2013, Phil was Director General for International Climate Change and Energy Efficiency at the Department of Energy and Climate Change (DECC) including being its acting Permanent Secretary for four months in 2012/13. He left the Civil Service to join the European Court of Auditors, for a six-year term ending in early 2020, serving as Dean of its Chamber responsible for auditing Sustainable Use of Natural Resources in the EU for two years from 2016 to 2018.

Before joining DECC, he was Director General for Strategy, Information and Pensions in the Department for Work and Pensions (DWP); he was earlier the Director responsible for the Financial Sector in the Treasury, and before that the Director of the Regulatory Impact Unit in the Cabinet Office. Phil has an MBA from London Business School, and has completed the Advanced Management Programme (AMP) at Harvard.