Professor of Statistics at Centre for Mathematical Sciences, University of Cambridge 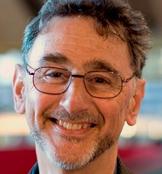 Professor Philip Dawid’s research has been driven by the desire to understand and explore the connexions between logical and philosophical principles of inference, mathematical structures and data analysis. One of the major focuses of his work has been a critical examination of the logical foundations of statistics, both from a general standpoint but also in respect of particular schools of thought such as Bayesian and Fiducial.

Much of his research has been guided by a ‘positivist’ emphasis on observables and on the falsifiability of inferences. The same attitude provided the impetus for the introduction of his Prequential Analysis, which is a novel general approach to problems of statistical inference and data analysis.

Professor Dawid has interests in the application of Probability and Statistics to a variety of subject areas, in particular to Medicine, Crystallography, Reliability as well as Legal Reasoning. He has acted as an expert advisor in a number of legal cases involving DNA profiling.

This has led him to conduct a thorough theoretical examination of the use of Probability and Statistics for Forensic Identification and he headed an international research team focusing on the analysis of complex forensic DNA identification cases using Probabilistic Expert Systems. These legally inspired investigations highlighted the many logical subtleties and pitfalls that beset evidential reasoning more generally; to address these he established a multidisciplinary research programme on Evidence, Inference and Enquiry at University College London.