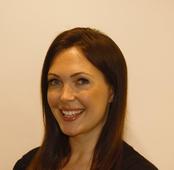 Rhona Parry is Chief Executive Officer at Indesser, a joint venture between the Cabinet Office and the data technology company, Equifax. Established in 2015, Indesser works with more than 15 government departments and agencies, including HMRC, DVLA and DWP, to improve the management and recovery of debt owed to the public sector.

Before joining Indesser in July 2019, Rhona was Vice President of External Affairs at Equifax, responsible for government relations and external affairs across the European and Emerging Markets regions.

Previously Rhona led the public policy team at Royal Mail Group, developing and advocating positions on a range of e-commerce and consumer policy issues in the UK and across Europe. Before that, Rhona spent several years in the broadcasting and media sector, first at the BBC, and later at ITV plc. During this time, Rhona lived and worked in Brussels and London, and played a leading role in several high-profile public policy campaigns including net neutrality and retransmission fees for public service broadcasters.

Rhona started her career working in the UK’s executive government agency responsible for spectrum management, part of the Department for Trade and Industry, and subsequently joined the communications regulator Ofcom where she worked in policy and strategy roles for six years.

She has degree in Law and Politics LLB and a Masters in Economics for Competition Law. In 2015 Rhona completed an executive leadership programme at Oxford University’s Saïd Business School. Until recently Rhona was a Trustee at the national children’s charity Dreams Come True.