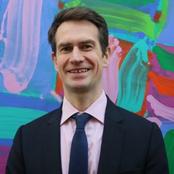 Richard works with businesses focusing on transformation, particularly around leadership, strategy and innovation. As Client Director his role is to understand as deeply as possible what is needed to successfully transform, and then bring the extra-ordinary convening power of the Møller Institute, the College, the University of Cambridge and industry to bear to deliver the right, bespoke programmes for senior and high-potential leaders.

Up to 2015 Richard worked in Tokyo supporting a diverse range of clients to break into the Japanese market by providing market intelligence, identifying and introducing partners, lobbying regulators and facilitating deals. On the back of his experience developing a new public-private initiative with British Airways – www.exporttojapan.co.uk – to provide practical assistance to potential exporters, he undertook a consultancy review of £30m+ of outsourced service provision in the UK.

Technology and innovation have been consistent themes in Richard’s career having studied physics as an undergraduate at Hertford College (Oxford), later worked in cyber security and at the Government Digital Service (GDS).

Richard has extensive experience of living and working internationally including roles in Japan and India, where he spearheaded negotiation on scientific collaboration in nuclear research, leading to several million pounds of bilateral funding on the Thorium fuel cycle and other safety and material science topics.