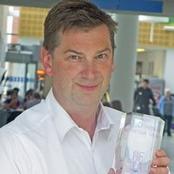 Dr Richard Iles is a Consultant in Respiratory Paediatrics at the Evelina Children’s Hospital, Guys and St Thomas’s NHS FT, and Senior Lecturer in Paediatrics, Kings College, London, UK. He qualified from St Thomas’s Hospital, University of London in 1985, training in Paediatrics at St Thomas’s, The Royal London and UCL Hospitals, and held a research fellowships in The Royal Hospital for Sick Children in Edinburgh and Toronto Sick Children’s Hospital. He was appointed Paediatric Consultant in Addenbrookes from 1997 to 2015, and was the director of the Norfolk, Suffolk and Cambridgeshire Paediatric Cystic Fibrosis Network.

He has held posts on the Specialist Paediatric Medicine Clinical Reference Group, as Innovation and Respiratory lead, as well as the British Thoracic Society / BPRS R&D and ERS Paediatric Infection and Immunology committees. He was the Paediatric Innovation lead for the NIHR Brain Injury MIC and Respiratory / LTV lead for the NIHR CYP MedTech MIC. He was chair of the National Paediatric Asthma Collaborative from 2013 to 2017 a national quality improvement program for NHS England and the Strategic Clinical Networks Collaboration. In 2014 he assisted with the procurement of the new electronic EMR from 2013 to 2015. In 2014 he was seconded to the project as an e-Hospital Application Analyst (Epic-Care Certified) and was responsible for Paediatrics, Outpatients, Respiratory assessment, Orders, Paediatric formulary and several smaller areas of development. In 2016 he became the Paediatric Asthma Advisor to the Healthy London Partnership.

In 2013 he became the clinical lead for the East of England Strategic Clinical Network – (Maternity, Newborn, Children & Young People) high impact change asthma project. This workgroup in turn leads the NHS England - Paediatric Asthma - Collaborative SCN project. In 2016 he became the Paediatric Asthma Advisor to the Healthy London Partnership. He has helped develop the London Paediatric Asthma toolkit and the HLP Paediatric Asthma Standards revised in 2020. He has contributed to the design RCP National Asthma audit, the development of a National CQUIN and Best Practice Tariff. He has sat on NHS pricing and commissioning committees for NHS England representing paediatric asthma as a “long term condition”. He currently sits on the HQIP Child Health IAG, and is co-chair of the NHS England Asthma intervention workgroup and South East London Paediatric Implementation board.

Dr Iles held an Honorary Lecturer post at the School of Medicine, Health Policy and Practice, University of East Anglia in Norwich. He co-developed Structured Light Plethysmography (SLP), with Dr Joan Lasenby, from the Engineering Department of the University of Cambridge, from which PneumaCare, a Cambridge start-up set up to develop the design of non-contact medical monitoring devices, specifically the Thora3Di, based on SLP technology, was formed. In 2012 PneumaCare won the ERS POINT award.

Dr Iles has published over 70 abstracts and papers to date (paediatric physiology, gene therapy, cystic fibrosis and health economics) and has raised over £5 million in clinical and academic grants.