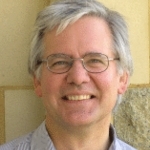 Professor Richard Jozsa is the Leigh Trapnell Professor of Quantum Physics in the Department of Applied Mathematics and Theoretical Physics at the University of Cambridge. His research focuses on Quantum Computation, Quantum Algorithms and Computational Complexity, and Quantum Information Theory.

Before taking up his current post in 2010 Professor Jozsa was a Professor of Computer Science at the University of Bristol. He did his D.Phil at Oxford, and since then has held several academic positions at institutions including Oxford, Montreal, and Plymouth.