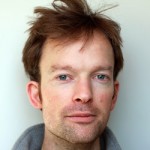 Richard Sargeant was a CSaP Policy Fellow from 2014 to 2016, having been elected while he was Director of Performance & Delivery in the UK Government Digital Service (GDS), a unit of the Cabinet Office. A founding member of GDS, he led the data and analytics programme (including the Performance Platform and the Digital Service Standard), with the overall objectives of giving government staff a simpler, clearer, faster way of getting the everyday performance information they need to improve public services.

His other roles in government have included Director of Digital & Data Transformation at the Home Office, leading a team working across Government to establish a modern digital architecture to support the delivery of public services; policy advisor in HM Treasury, running the Gowers’ Review of Intellectual Property among other projects; and a period in the Prime Minister’s Strategy Unit, publishing papers on innovation and happiness, as well as unpublished work on education and healthcare.

Richard has also worked in the private sector (at Google as UK head of public policy), and spent a year working for the Government of Sierra Leone. He now works as Chief Commercial Officer at the AI and machine learning consultancy Faculty (formerly ASI Data Science and Advanced Skills Initiative Ltd), advising a variety of sectors about how to transform their business to use AI effectively.

Richard co-founded Engineers Without Borders UK while studying Social and Political Sciences at the University of Cambridge. He is a non-exec director of Exeter University and of the Government’s Centre for Data Ethics and Innovation (CDEI).