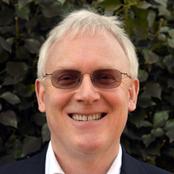 Bob Driver is CEO of Cambridge Wireless. Bob joined CW as the new CEO in May 2015. He is responsible for leading the development of the organisation, broadening its reach with other sectors and clusters, while retaining the unique culture and dynamism of the CW community.

Previously Bob was Director for Technology at UK Trade & Investment where he successfully led teams helping UK tech companies to access overseas opportunities, and attracting tech inward investment into the UK. He also coordinated the UKTI science and innovation agenda and was responsible for the delivery of UKTI events from small missions to large trade fairs. Bob first joined UKTI in 2001 as International Trade Director for the East of England Region, based in Cambridge and in 2006 became the national UKTI Director for High Technology Sectors based in London. Prior to joining UKTI, he worked in the scientific instrumentation sector.