Professor of Arabic Studies at University of Exeter 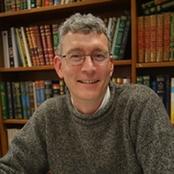 Professor Robert Gleave is the Professor of Arabic Studies in the Institute of Arab and Islamic Studies at the University of Exeter. His research interests include: Hermeneutics and Scriptural Exegesis in Islam; Islamic Law, in particular works of Islamic legal theory (usul al-fiqh); Violence and its justification in Islamic thought; and Shi'ism, in particular Shi'i legal and political theory.

His is Principal Investigator on the project "Islamic Reformulations: Belief, Governance and Violence", a three year project Global Uncertainties Leadership Fellowship, funded under the RCUK Global Uncertainties programme. The project comprises two elements: (1) the development of a network of scholars examining the role of religious belief and ideological commitment in explaining action and (2) an analysis of the current state and future trajectories of Islamic thought on belief, governance and violence. The project develops the themes of Rob Gleave's previous project on "Legitimate and Illegitimate Violence in Islamic Thought".

Principal Investigator of The Sharia Project. This will establish a network of scholars in the UK and the Netherlands working on Islamic legal questions.

Principal Investigator on the project "Legitimate and Illegitimate Violence in Islamic Thought" which commenced on 1st January 2010 and ends on 31st September 2013. The project examines the legal reasoning of Muslim jurists and ethical thinkers by which acts of violence are justified or condemned.