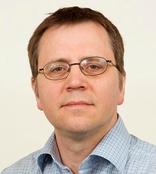 Robert Marsh is a Professor in Oceanography and Climate, Head of Physical Oceanography Research Group at the University of Southampton.

As a climate scientist, Robert uses a rich variety of data and advanced computer models to explore such ways that the oceans are changing our world.

Robert’s research reveals how our restless oceans shape the world around us. Interdisciplinary studies concern the drift of objects as diverse as sea turtle hatchlings, volcanic pumice and icebergs. In some places, objects move swiftly with ocean currents that are quite steady and predictable. Elsewhere, they encounter the chaos of swirling “eddies”. To fully understand and predict the resulting patterns of ocean drift, our challenge is to carefully account for both currents and eddies at global scale. The same currents that carry floating objects play a grander role in conveying vast quantities of heat over great distances and depths, moderating our climate here in the UK and pacing the current rate of global warming. The oceans also play a pivotal role in the hydrological cycle, which appears to be intensifying with climate change.