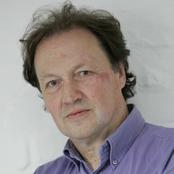 Senior partner Robin Nicholson joined Cullinans in 1979. He has worked on a wide range of masterplanning, health, university and other education projects both in the UK and abroad; he has
lectured extensively about the practice’s work, on climate change and changes in the construction industry. Previously he worked for James Stirling in London and Cristian Boza in Chile and taught at the Bartlett and the Polytechnic of North London.

Robin was appointed chair of the Cambridgeshire Quality Panel in 2010 to monitor the quality of expansion of Cambridge and the surrounding market towns. He joined the board of NHBC in 2007
and was appointed non-executive Chairman of NHBC Services in January 2008. Robin was appointed joint Deputy Chair of CABE in December 2008 where he was a Commissioner from 2002 - 2010, chairing the Enabling Panel and leading on climate change; he was one of the authors of the CABE publication ‘The Cost of Bad Design’ (2006). He was awarded a CBE for Services to Architecture in 1999, an Honorary Fellowship of the Institution of Structural Engineers in 2002, and in 2012 was made an Honorary Affiliate Member of the Construction Industry Council.

In 2013 he was awarded an Honorary Fellowship of Chartered Institute of Building Services. Robin was a Vice-President of the RIBA (1992-1994) and Chairman of the Construction Industry Council (1998-2000). He is Convenor of the interdisciplinary construction industry think-tank, The Edge, which was set up in 1995. He is a member of the Editorial Board of Building Research and Information (2002 - ) and sits on a number of research advisory groups. In 2008 Robin was appointed chair of a zero carbon task force advising DCSF/DFE ministers on zero carbon schools.