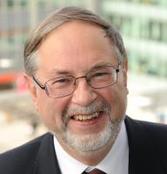 Professor Roderick A Smith, Chief Scientific Advisor to the Department of Transport, has had an academic career at the Universities of Oxford, Cambridge, Sheffield and Imperial College. He has been Head of the Departments of Mechanical Engineering at both Sheffield and Imperial College London, and a Fellow of Queens’ College Cambridge and St John’s College Oxford. He holds visiting Chairs in several countries.

He has published widely in areas of fatigue and structural integrity, and has lectured in many countries. Latterly his work has centred round railways: he has held two Royal Academy of Engineering Research Chairs in advanced railway engineering at Sheffield and Imperial. He is widely called upon as an expert witness, both in the UK and abroad. He has played a leading technical role in the enquiry following the Hillsborough football stadium disaster, and led a specialist group investigating the effect of volcanic ash on jet engines in 2011. He is frequently quoted in the press and has made many radio and television appearances.