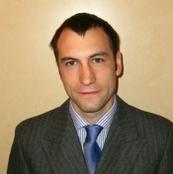 Dr Rufus Pollock is the President and Founder of Open Knowledge. Open Knowledge is a not-for-profit which works to promote open knowledge — any kind of information from sonnets to statistics, genes to geodata, that can be freely used, reused, and redistributed.

In parallel with his activities at Open Knowledge, he has also worked as an academic in economics. Through this work has focused on the theory and empirics of innovation and their implications for intellectual property policy. He was lead economist of a study on the Economic and Social Impact of the Public Domain funded by the European Commission and in 2010 he was appointed as one of the four members of the UK Government’s newly created Public Sector Transparency Board.

Prior to his current roles, Dr Pollock has also been involved in co-founding the Open Rights Group as well as serving as director of the UK branch of the Foundation for a Free Information Infrastructure during the crucial vote on the software patents directive, and as policy adviser to Creative Commons UK.