PhD Research Student at Institute of Criminology, University of Cambridge 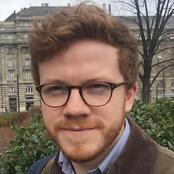 Sam’s current research interests centre around the domain of socio-spatial criminology, with a specific focus on what engenders communities to enforce common rules and norms within their residential environments. His current ESRC and Pembroke College funded PhD research focusses on better situating empirical findings from testing Collective Efficacy Theory into pragmatic policy outcomes for crime prevention. This involves dissecting how community social process dynamics - which explicate the link between levels of community cohesion and the resultant willingness of communities to engage in crime prevention – function when transposed into differing urban contexts. This research will therefore serve to better embed current academic findings by considering their interaction with existent built form features and the routine activity dynamics of live urban environments, with the ultimate aim of building a ‘realist’ translational framework tailored towards policy makers and practioners for effective implementation strategies.

Sam completed his MPhil in Criminological Research at the Institute of Criminology, University of Cambridge, in 2014, for which he was awarded the Manuel Lopez-Rey Graduate Prize for best academic performance on the programme. He also holds an LLB (hons) in Law from the University of Birmingham, where he subsequently worked as a research assistant within the Law School’s Institute of Judicial Administration on a number of projects reviewing the nascent developments in, and implementation of, European Criminal Law.

Alongside this academic strand, Sam most recently worked as part of a research team for the Office of the Northamptonshire Police and Crime Commissioner, where he advised policy makers and agents of the criminal justice system in how best to embed evidence-based methodologies into everyday working practices. This involved training, co-developing, and implementing a number of evaluation research projects with those tasked with the front-line delivery of public services.