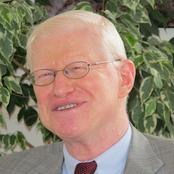 Prior to Professor Serge Plattard's current position as Deputy Director of the UCL Space Domain, Serge was Senior Resident Fellow at ESPI since 2012, a European space policy think tank he started and ran in 2004, working on space governance, exploration policies, and space security. From 1998-2003, he was CNES’s director for international relations. A nuclear physicist for 12 years, he then turned to science & technology diplomacy, first at the French Ministry of External relations in 1981, and later as science & technology counsellor with French Embassies in India, Japan, US and UK. He lectured in nuclear physics at Université d’Orsay, and in R&D innovation and technology economy at Université Paris-Dauphine, and the French Business School ESSEC. He also lectures at UCL and at the International Space University in Strasbourg. He is a life member of the American Physical Society, founding member of Euroscience and member of the International Academy of Astronautics. Serge is a Knight in the order of the Légion d’Honneur, and holds the Golden Rays in the order of the Sacred Treasure (Japan).

Prof Serge Plattard, Deputy Director of the UCL Space Domain, is currently involved in several activities with the International Astronautical Federation (IAF). He has been appointed on March 22, 2020 as the Secretary of the IAF Working Group on Space Traffic Management (STM). This working group, together with two others steered respectively by the International Academy of Astronautics (IAA), and the International Institute of Space Law (IISL) will present a White Paper on STM at the annual International Astronautical Congress to be held in Paris in October 2021. This White Paper will serve as a new platform to help contributing to a consensual approach on the major challenge of defining and applying common guidelines and/or regulatory processes to ensure a stable, secure, safe and sustainable space traffic.