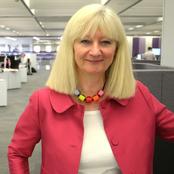 Shan Morgan is Chair of Royal Devon & Exeter NHS Foundation Trust and Northern Devon Healthcare NHS Trust. Previously, Shan was the Welsh Government Permanent Secretary (February 2017 to October 2021), where she led through the Coronavirus pandemic, preparations for EU exit and the Welsh Government Civil Service in delivering the priorities of Ministers.

Shan’s early career focussed on employment and social affairs policy. After graduating in French from Kent University in 1977, she joined the Employment Department, working on youth and adult employment policy and on vocational education and training programmes in the Manpower Services Commission. Shan was seconded to the European Commission in Brussels (DG Employment & Social Affairs) from 1984 – 1987 to work on long term unemployment policy and local economic development (the LEDA programme). On return to the UK, she held a variety of posts in the Employment Department, dealing with labour market policy, including in the National Training Task Force and the Government Office for London. She was also Private Secretary to the Permanent Secretary. From 1994-97 Shan was the UK Government delegate to the International Labour Organisation’s Governing Body.

In 1997, Shan was seconded to the British Embassy in Paris as Labour and Social Affairs Attaché, before taking up her first appointment to the UK Representation in Brussels as the Counsellor responsible for Social, Environmental and Regional affairs.

On return to London in 2006 after the UK Presidency of the EU, Shan transferred to the Diplomatic Service as Director European Union in the Foreign Office, responsible for negotiations on the Lisbon Treaty and management of the UK parliamentary process of ratification.

Shan was HM Ambassador to Argentina and Paraguay from 2008-2012. During this period she was appointed to the Foreign Office’s Board of Management, and was awarded the CMG. Shan returned to UKRep, Brussels, as Deputy Permanent Representative in July 2012, representing the UK on the Committee of Representatives of the Member States (Coreper I) in the Council. She was responsible for leading negotiations across a wide range of subject areas including climate change, environment, energy, fisheries, social affairs, health, transport, and other Single Market issues.