Senior Lecturer at Department of Social Anthropology, University of Cambridge 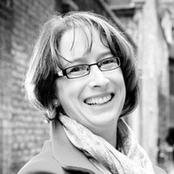 Sian's research interests are in Latin America (specifically Argentina and Bolivia); social movements, especially labour movements; ethnography of the state, democracy and citizenship; gender; the city; and the anthropology of politics and development.

The focus of her research is collective politics in two quite different contexts: Buenos Aires, Argentina, and El Alto, an indigenous and mixed-ethnicity city in the Bolivian Andes.

Her most recent research has been an exploration of labour movement activism, with a focus on Argentina. She takes an ethnographic approach to show how labour politics is embedded in daily life and personal experience. That has resulted in a book, called The Social Life of Politics: Ethics, Kinship and Union Activism in Argentina, published in June 2017 by Stanford University Press. The book is an exploration of the themes of subjectivity, kinship, class, morality and economy. She examines the lives of unionists in two public sector trade unions, focusing on the ways that they become activists, how that activism becomes a part of their personality and values, and how it is transmitted across generations. The second part of the book outlines the collective ways that the union delegations come into being, care for their members, enact their political projects, solve problems, and negotiate or mobilise for better working conditions. All this social, ethical and political action takes place within a particular contemporary political-economic context and a history of labour mobilisation, informed by Peronism and anarchosyndicalism.

The emphasis on labour politics has been important for her consideration of social movements and citizenship action more broadly. She has edited a book which explores the role of workers in moments of mass social upheaval in the Arab Spring of the Middle East and North Africa, in European anti-austerity movements, and in the ‘turn to the left’ in Latin America. The book is called Where are the Unions? Workers and Social Movements in Latin America, the Middle East, and Europe, published by Zed Books. This collection resulted from a conference I co-organised in 2014, called Bread, Freedom and Social Justice: Workers and Mass Mobilization in the Middle East, Latin America and Europe. Participants included anthropologists, sociologists, activists, literary scholars, journalists, historians, and the edited collection maintains this interdisciplinary focus.

Another workshop on Labour Politics in an Age of Precarity, in April 2017, explored labour politics from a different perspective. Contributors discussed case studies of how labour is organised in different contexts across Africa, Latin America, North America, Asia and Europe, and what effects such organization has on labour relations in conditions of economic precarity. The workshop examined precarity as a condition of life and one of the bases for a collective politics of labour, but without prejudging how that politics might look. This speaks to debates about the continuing relevance of labour-based mobilisation for economic justice, rights and well-being in a contemporary political context that often overlooks its very real impact across the globe.

Her previous work was an ethnography of citizenship in El Alto. In the early 2000s, El Alto became one of the most important centres of political radicalism in Bolivia. In 2003-5, street protests concentrated in El Alto forced two of Bolivia’s presidents to resign, and in December 2005 Bolivians elected their first indigenous president, Evo Morales. Sian researched the processes and conflicts that lie behind this political power at the local level, considering in particular everyday practices and experiences of citizenship that structure the relationships between residents of El Alto and the Bolivian state. This resulted in a book: El Alto, Rebel City: Self and Citizenship in Andean Bolivia, published by Duke University Press, which combines anthropological methods and theories with political philosophy.