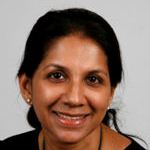 In addition to her role as a lecturer, Dr Sriya Iyer is the Director of Studies in Economics at St Catherine’s College, Cambridge, as well as a Faculty Research Fellow of the Centre for Research in Microeconomics. Prior to her current role, Sriya was a Visiting Scholar in the Department of Economics at Harvard University and the National Bureau of Economic Research.

Dr Iyer’s is part of the University’s ‘Cambridge-India Partnership’, which strives to combine the academic research and interests of both collaborators. Through her research within this partnership, she has worked with Indian academics both in India and abroad and her research areas include education differences by religion and caste, affirmative action policies, missing women and demographic differences by religion in India. In recent years she has coordinated a large economic survey of religious organisations in India, examining the provision of religious and non-religious services through health, education and other services. She is currently conducting a project on madrasa education in India.

She is a member of the American Economic Association and the Association for the Study of Religion, Economics and Culture and has affiliations with other organisations. She is the recipient of several awards including the Laurie Hart Memorial Prize for Outstanding Work, Newnham College, Cambridge in 1993.

Her current research interests include