Director for Analysis and Data at Department for Levelling Up, Housing and Communities (DLUHC) 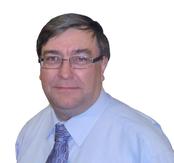 Director for Analysis and Data at the Department for Levelling Up, Housing and Communities

As Director for Analysis and Data at the Ministry of Housing, Communities (DLUHC), Stephen Aldridge’s responsibilities cover strategic analysis of DLUHC policy areas (including local government and local government finance, local economic growth, housing and planning, cities, local public services, troubled families and other issues), and all aspects of data including data science. Stephen also leads on deregulation for DLUHC.

A government economist as well as strategist by background, Stephen has worked in various Whitehall departments including the Cabinet Office, HM Treasury, the (former) Department for Trade and Industry, the (former) Department of the Environment and the Office of Fair Trading. In the Cabinet Office he worked in the Cabinet Secretariats and in the Strategy Unit (first as Chief Economist and then as Director). He was made a Companion of the Order of the Bath in the 2007 Birthday Honours list.

"CSaP arranged a two-day Policy Fellowship visit to Cambridge for me in February 2011. The programme of meetings they assembled was outstanding. I met people in many different parts of the University and in a wide range of disciplines. The discussions I had were enormously stimulating for me personally, insightful and relevant to many areas of the Department for Communities and Local Government. I only wish that the visit could have gone on for longer. I'm sure that what I've learned and the contacts I've made will be of huge value in the months and years ahead." (February 2011)