at Smith School of Enterprise & Environment, University of Oxford 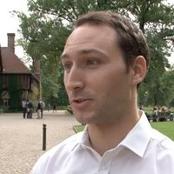 Dr Steve Smith has joined the Smith School from the UK Department for Business, Energy and Industrial Strategy (BEIS) where he co-led the Climate Science Team for two years. He played a key role in the legislation of the Net Zero emissions target last year, and on developing the Government's approach to greenhouse gas removal. As well as advising ministers and policy teams he oversaw several areas of climate research, including the Met Office Hadley Centre Climate Programme, the Greenhouse Gas Removal Programme co-funded with UKRI, and understanding of carbon sources and sinks on land for the UK emissions inventory.

Before joining BEIS he was Head of Science at the Committee on Climate Change (CCC) where he helped set the UK’s targets to reduce emissions to 2050, and shaped policy across areas such as implementing the Paris Agreement, managing shale gas production and adapting to risks from a changing climate.

Steve has published in leading academic journals, contributed to TV and print media, and held a visiting scientist position at the Met Office. Previously he worked at the Parliamentary Office of Science and Technology. Steve holds a PhD in atmospheric physics from Imperial College London.