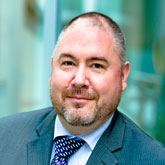 Chairperson of the Codex Alimentarius Commission

Steve Wearne was appointed Director of Food Safety in July 2013, the role becoming Director of Policy two months later. Previous to this he was Director of FSA Wales. He was elected to serve as the 20th Chairperson of the Codex Alimentarius Commission in November 2021.

Steve is a scientist by training, with a degree in biochemistry and a spell of postgraduate research in molecular biology at the MRC Laboratory of Molecular biology in Cambridge. Steve joined the Ministry of Agriculture, Fisheries and Food in 1990 and held a range of posts in food science and food policy development, before transferring to the Agency when it was launched in 2000. His first post in the Agency was head of the Private Office and Private Secretary to the first Chair of the FSA, Sir John Krebs (now Lord Krebs).