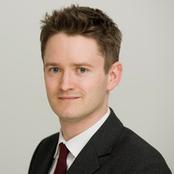 Stian took up the role of RSS Chief Executive in July 2020 where he leads on a programme of activities that take forward its strategic goals, including the Society’s Covid-19 Task Force, Data Manifesto and the National Lottery-funded initiative, Statisticians for Society.

Prior to this, Stian served as policy advisor to three successive ministers for universities and science. He is co-author of Capitalism Without Capital, a book about intangible investment and the economy. He is also a governor of the National Institute for Economic and Social Research and advisory board member of the Institute for Community Studies.

As an executive director at Nesta from 2009 to 2017, Stian ran the organisation’s think tank. Under his leadership, the team launched a range of initiatives on data and evidence, including the Alliance for Useful Evidence, the Innovation Growth Lab and the Innovation Index (in partnership with ONS), as well as significantly increasing its external income.

Stian has written, edited and managed a series of acclaimed research reports, including The Vital Six Per Cent (short-listed for Prospect Magazine’s Think-Tank Report of the Year), The Innovation Index, and Schumpeter Comes to Whitehall. Among his successes in influencing government policy are the development of the Innovation Investment Fund, the Centre for Challenge Prizes, and the Business Finance Partnership, all of which Government adopted and funded.

Before joining Nesta in 2009, Stian worked in social venture capital at The Young Foundation and founded Healthy Incentives, an innovative health venture. Prior to this, he spent seven years as a strategy consultant at McKinsey & Company in Silicon Valley and London, including a year on secondment to HM Treasury as a founder member of unit set up to develop and reform Public-Private Partnerships (PPPs) and to provide financial and political advice to government ministers.

He holds a first-class BA (Hons) in History from the University of Oxford and a Master’s in Finance with Distinction from London Business School. He also pursued graduate work in economics and government at Harvard University as a Kennedy Memorial Scholar.

Read Stian's article in the Guardian on 'how to pitch science policy advice'.