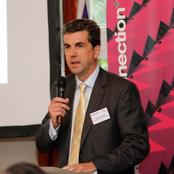 Cambridge Capital Group (CCG) is a leading business angel group of 80+ investors and private venture funds who have been investing in hi-tech businesses for more than a decade. CCG was formed in the Autumn of 2000 and has been backing tech start-ups in the region ever since. Its members have invested several millions of pounds into more than 50 live portfolio companies in the Cambridge technology cluster and wider 'Golden Triangle'​.

They are a growing organisation offering a platform for private investors around the world to invest in the top European technology centre. Successes include Bookham Technology, nCipher, Phonetic Arts and AIM listings of ITM Power, Bango and Ubisense. In 2016 CCG members enjoyed four exits with Swiftkey being sold to Microsoft, Cambridge CMOS Sensors being sold to Austrian Microsystems (AMS), Expedeon's merger with Sygnis AG and Oval Medical Technologies being sold to SMC. Membership is an application process, normally following introductions by existing members.