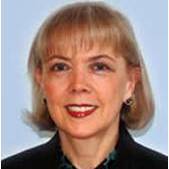 Sue Owen was Permanent Secretary of the Department for Digital, Culture, Media and Sport, responsible for the overall management of the department, until her retirement in April 2018.

Sue has a longstanding interest in gender equality issues; her academic research was on the lifetime costs of motherhood through lower earnings and pensions. She worked on family policy at No 10 and on women-owned small firms while in the British Embassy Washington. She led a cross-Whitehall group looking at the progression of women in the civil service. In 2015 she succeeded Simon Fraser as the civil service's diversity champion.