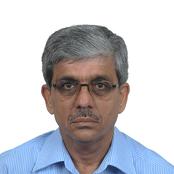 Mr Suresh Kumar was the Chief Principal Secretary to Chief Minister of Punjab from 2017 to 2021. Mr Kumaaar joined the Pujab cadre of the Indian Administrative Service, Govt of India in 1983. He has held positions at various level in the Federal and Provincial Government to implement and manage reforms, business process re-engineering and pro-poor development programs during. Mr. Kumar has more than 30+ years of core experience in public policy, planning, public administration and governance and program implementation in the State of Punjab, India. He also has experience in governance and regulatory issues concerning Power, Water Resources, Agriculture, Environment, Water Supply and Sanitation. Mr Kumar played a key role in formulation and implementation of the Punjab State Policy on Rural Drinking Water Supply and Sanitation in 2014. He also led the preparation of a comprehensive Punjab State Agriculture Diversification Plan of Rs. 8775 Crore, which was aimed at increasing sustainability of agricultural operations in Punjab. He had drafted State Water Policy in 2008 and facilitated preparation of State Agriculture Policy in 2018.