Director of Research and Economics at McKinsey & Company 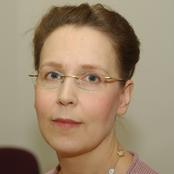 Tera Allas is Director of Research and Economics in McKinsey’s United Kingdom and Ireland Office, working closely with the McKinsey Global Institute. She leads McKinsey’s research on productivity, technology adoption, and government effectiveness, based on more than two decades of experience in economics, public policy, innovation, technology, and leadership.

Tera was formerly Director General, Strategy, Analysis and Better Regulation at BIS, responsible for the design and delivery of policy in a coherent and evidence-based framework in order to maximise impact on growth. Tera had policy responsibility for strategy and better regulation, and coordinated BIS’s work on growth and industrial strategy. She was also the Deputy Head of the Government Economic Service.

Earlier in her career Tera worked at the Department for Transport as Director of Transport Analysis and Economics and Chief Economist, and Chief Energy Economist and Director of Energy Market Economics at DECC. She began her civil service career at the Department of Trade and Industry in 2004. Prior to joining the civil service, Tera worked for ten years as a management consultant with McKinsey & Co, Tera holds an MSc in Technology and Industrial Economics (with distinction) from Helsinki University of Technology and an MBA (with distinction) from INSEAD.

In 2018, Tera was appointed Commander of the Order of the British Empire (CBE) for services to economic policy.