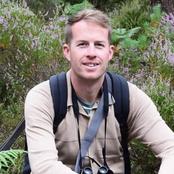 Tom has been the Policy Lead on kept animals (primates) at Defra since June 2021. Prior to this he was a Senior Policy Advisor for Biodiversity Net Gain and for the EMFF and future funding at Defra, as well as a Biodiversity Officer at the Environment Agency.

Tom joined CSaP in February 2016 as part of an ESRC-funded Policy Internship scheme organised through the Cambridge DTC. During his time with CSaP he worked on a number of projects and workshops, gaining valuable experience in how the science-policy interface operates.

Tom completed his PhD at the University of Cambridge in 2016. His research focused on the interconnected issues of continued biodiversity loss and climate change, and looks at the difficulties in managing spaces for conservation in coastal landscapes. This work is necessarily interdisciplinary, and brings together elements of ecology and conservation science with social factors relating to the perceived understanding of environmental change and relevant policy by stakeholders.

Tom completed a BSc (Hons) in Biology at the University of Sheffield, and more recently he gained an MSc in Conservation from University College London.