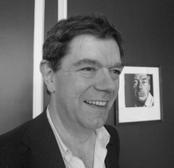 Tim Crane became Professor of Philosophy at the Central European University Budapest in 2017. He was previously a Chair of the Faculty of Philosophy, the Director of Studies in Philosophy, and Professorial Fellow at Peterhouse University of Cambridge. His research has mostly focused on the philosophy of mind and metaphysics, with a particular interest in questions about the nature of the human mind, and its place in the natural world. Questions such as; what is it to have a mind, what is consciousness and how is it related to the unconscious mind and how is our capacity for thought embodied in our brains and bodies?

In answer to such questions, Professor Crane argues for the integrity and autonomy of the category of the mental, which is often met with fierce academic opposition. In addition, he argues against physicalism and reductionism which have dominated contemporary philosophical discussion about the mind and the idea that a physicalist account of mind is needed, either for metaphysical or scientific reasons. He has defended an 'emergentist' conception of mental phenomena, according to which mental phenomena are dependent on underlying physical bases without the need for any explanatory reduction of the mental.

His current research interests include