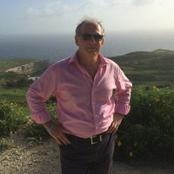 Tim Reilly is the Founder of Arctic Advisory Group, an Arctic Risk Management and Research consultancy. In 2016 he was appointed a Research Fellow to the Centre of Rising Powers (CRP) in the IR department at Cambridge. He is also a Senior Associate Fellow at the Institute for Statecraft in London, where he is their resident Arctic expert.

Tim is a Russian speaker, and was educated at Cambridge, Durham, and the Moscow State Institute of International Relations. His PhD research at the Scott Polar Research Institute at Cambridge is in the Sino-Russian relationship in the Arctic and Asia Pacific Rim, with the Northern Sea Route as model, and the oil & gas industry as main actor. Previous appointments include Government Affairs Adviser to Shell in the Caspian region, as well as working in the Caucasus, Central Asia, Russia, and Ukraine, for companies such as Chevron and JKX Oil & Gas. His first experience of the Arctic was as a young paratroop officer where he was trained in Arctic warfare. He later worked for Kroll in London as VP for Oil & Gas.

Tim was called as an expert witness to both the House of Commons Environmental Audit Committee on the Arctic, and more recently, the House of Lords Select Committee on the Arctic. Typical publications include a chapter on the “High North” for the British Army Review, and a commentary on Russian sanctions for the U.S. “Oil & Gas Journal.” Most recently he has written a paper for the UK Parliament’s Defence Committee on UK Arctic defence policy. Tim’s published work on Russia, Arctic affairs and associated maritime issues, can be seen on the Centre for Rising Powers website and on his LinkedIn page.