A.G. Leventis Professor of Greek Culture at Faculty of Classics, University of Cambridge 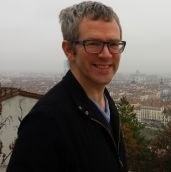 Tim Whitmarsh joined the Faculty as Leventis Professor of Greek Culture in October 2014, after holding professorial posts in Oxford and Exeter.

He works on all areas of Greek literature and culture, specialising particularly in the world of Greeks under the Roman Empire. His publications include Greek Literature and the Roman Empire: The Politics of Imitation, Ancient Greek Literature, The Second Sophistic, Narrative and Identity in the Ancient Greek Novel: Returning Romance, and Beyond the Second Sophistic: Adventures in Greek Postclassicism. He appears in the Classics Confidential series in conversation with various classical scholars.