Professor of Quantum Information Technologies at University of York 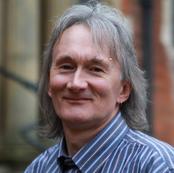 Tim moved to York in 2014 as founding Director of the York Centre for Quantum Technologies and he is now also Director of the UK Quantum Communications Hub. Prior to this he was at the University of Leeds in the roles of Head of the Quantum Information Group and Director of Research for the School of Physics and Astronomy. Prior to 2009 Spiller was Director of Quantum Information Processing (QIP) Research at HP Labs Bristol – an activity that he established in 1995 – and a Hewlett-Packard Distinguished Scientist. He has spent over 35 years researching quantum theory, superconducting systems and quantum hardware and technologies. He led HP’s strategy on the commercialisation of QIP research, is an inventor on 25 patents linked to quantum technologies and applications, and was additionally a consultant inside HP on networking, communications and nanotechnology.