Ministry of Attorney General at Ministry of Health, Province of British Columbia 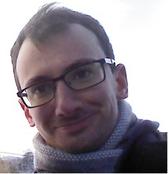 Tom was an AHRC-funded policy internship at CSaP from April 2015 to July 2015. He completed his PhD in Modern History at Durham University in March 2017. His research examines the relationship between the established Church of England and the state, particularly in its parliamentary aspects.

Tom works as a Policy Analyst for the Ministry of Health, Province of British Columbia, Canada. He is an Associate Fellow of the Centre for Studies in Religion and Society, University of Victoria, British Columbia. He has a professional history working with parliamentarians and advocacy groups or a range of policy issues.