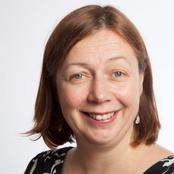 Tracey Waltho is Director General, Housing and Planning at the Department for Levelling Up, Housing and Communities.

Tracey was previously, from April 2020 to September 2021, Director General, Housing and Planning at the Ministry of Housing, Communities and Local Government.

Prior to joining MHCLG, Tracey was Director General of Civil Service Group (Cabinet Office). In this role, she oversaw and implemented an agenda focused on transforming and strengthening the Civil Service, and wider Public Service, to deliver more effectively across systems for citizens.

Previously, Tracey was Director of the Work and Health Unit (2014-17), a joint Department for Health and Department for Work and Pensions unit to transform the employment prospects of disabled people and those with long term health conditions.