Professor, Department of Electronics and Computer Science at University of Southampton 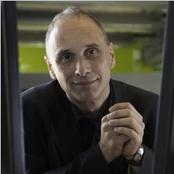 Professor, Department of Electronics and Computer Science, University of Southampton

Vladimiro Sassone is a Professor in the Electronics and Computer Science Department in the Faculty of Physical and Applied Sciences at the University of Southampton. After obtaining his MSc in Computer Science at the University of Pisa he stayed on to do his PhD, entitled 'On the Semantics of Petri Nets: Processes, Unfoldings and Inﬁnite Computations.' While writing his PhD he was granted a scholarship by Hewlett-Packard to work on the project ‘Modelling Distributed Concurrency’, a joint project between University of Pisa and Hewlett-Packard Laboratories. Since then he has held academic positions at the Universities of Sussex (including a stint as Head of Department), Copenhagen, Catania, Aarhus, Queen Mary London, and Pisa.

His current research activity concerns the foundations of mobile, distributed systems, and aims at underpinning the development of robust, high-level paradigms for global ubiquitous computing. His interests include semantics, type theory, logics, formal methods and, in general, the foundations of computer science, with main focus on languages and models for concurrency. One of his favourite early themes therein has been the study of abstract models for concurrency, their categorical formalisation, properties, and mutual relationships. Professor Sassone's present research activity spans over trust, anonymity, security, access control, typing, coordination and behavioural equivalences for (mobile) processes.