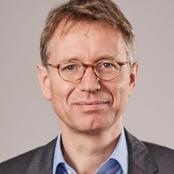 Before joining Stiftung Mercator, Wolfgang held various positions at two of the most influential science organizations in Germany. For ten years until 2002 he worked with the German Research Foundation in Bonn, joining the Department for Collaborative Research Centers before becoming Head of the strategic planning unit. In 2002 he joined the German Council of Science and Humanities, serving as Head of the Research Policy Department, and since 2005 also as Vice Secretary General.