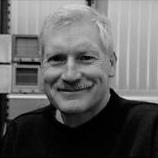 During his career Dr. Schultz has won a number of awards, among them the 1984 Ellermann Price of the Swiss Societies for Neurology, Neurosurgery and Neuropathology, the 1997 Theodore-Ott-Price of the Swiss Academy of Medical Sciences, the 2002 Golden Brain Award of the Minerva Foundation (USA), and the Ipsen Prize 2005 for Neuronal Plasticity. He is a Fellow of the Royal Society. He was a Receiving Editor for the European Journal of Neuroscience (1998-2003), serves on the Editorial Board of the Journal of Neurophysiology since 1997 and is an Associate Editor of the Proceedings of the Royal Society (B) since 2010.

Wolfram Schultz has made contributions to our understanding of the reward functions of dopamine neurons and of neurons in other parts of the brain's reward system. He has also done important work on the relationship between reward and risk information in the brain, especially in relation to learning theory and neuroeconomics.