Professor of Ecological and Developmental Criminology at Institute of Criminology, University of Cambridge 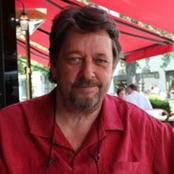 Professor Per-Olof Wikström FBA is Professor of Ecological and Developmental Criminology in the Institute of Criminology at the University of Cambridge, and a Professorial Fellow of Girton College.

He is the director of the Peterborough Adolescent and Young Adult Development Study (PADS+), a major ESRC funded research project which aims to advance knowledge about crime causation and prevention. Professor Wikström's main research interests are developing unified theory of the causes of crime (Situational Action Theory), its empirical testing and its application to devising knowledge-based prevention policies.