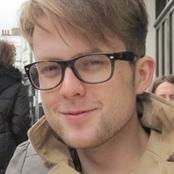 Ross Neilson is Director of the London Business School's Executive MBA Dubai Programme. Until August 2017 he was a Senior Policy Advisor at HM Treasury.

Until mid-2014, Ross was a Senior Policy Adviser within the Cabinet Office’s Implementation Group in the Open Public Services (OPS) team, tasked with implementing the Government’s programme of public services reform.

Ross joined OPS in late 2012, and was leading the development and implementation of the Government’s new ‘What Works’ evidence network, which was a key commitment in the Civil Service Reform and the OPS White Paper 2011. The network will consist of two existing centres of excellence – the National Institute for Health and Clinical Excellence (NICE) and the Educational Endowment Foundation – plus four new independent institutions responsible for gathering, assessing and sharing the most robust evidence to inform policy and service delivery in tackling crime; promoting active and independent ageing; effective early intervention; and fostering local economic growth. The project also involves creating (and appointing to) the role of a What Works National Adviser, who will also be responsible for exploring whether there is merit in creating a post of Government Chief Social Scientist.

Prior to joining the civil service, Ross worked in public policy consultancy, ICF GHK, from early 2009. As a public policy consultant he led research and evaluation studies for a wide range of UK Government and EU clients across a broad range of policy areas including education, labour market, skills, and children and families policy.

Other posts Ross has held include working as a policy adviser roles at the National Union of Students (Scotland) and within the Learning and Teaching team at the Scottish Higher and Further Education Council. Immediately before that he was Vice President Academic Affairs at the University of Edinburgh, a full-time one-year elected position where he sat on University Court and Senate and represented students’ views on a wide range of issues.

Ross is keen to use his Policy Fellowship to explore how academic research can be hardwired into policy making processes at national and local levels. He is eager to explore how to encourage and enable evidence adoption by local practitioners that will ultimately change and improve public services.