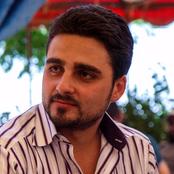 Dr Abdulkarim is a Syrian medical doctor and an epidemiologist. Currently his work at King's College focuses on building the capacity to research health in conflict in the middle east. He is also involved in several other projects and research with other academic and policy institutes including LSHTM, AUB, Chatham House and others. His research focuses on the public health impacts of conflict, as well as challenges around the protection of healthcare in conflict, both issues he has experienced first-hand in Syria. In 2013, Karim was training to be a neurosurgeon when his residency was interrupted by the war. He joined Save the Children in North West Syria, where he led the health response until 2017 – helping build the primary health care system and restarting routine vaccinations. Also, he was part of supporting the rebuilding of the health system in opposition controlled areas in Syria using a bottom up approach. Dr Abdulkarim is a regular contributor to several medical and civil society institutions in Syria, and has been active in advocacy for Syria through media and conferences. He is a trustee member of two NGOs, Shafak and Eye to the Future. He received his MD from Aleppo University and his MSc from London School of Hygiene and Tropical Medicine. Also, he completed a one-year residentional fellowship on leadership in international affairs from The Queen Elizabeth II Academy for Leadership in International Affairs at Chatham House; and another one-year fellowship in international cultural relations from the Institute for International Cultural Relations at The University of Edinburgh.