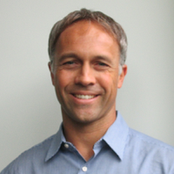 Adam Branch is University Lecturer in the Department of Politics and International Studies and Fellow of Trinity Hall. He received his PhD in political science from Columbia University and his BA from Harvard University. Prior to joining Cambridge, he was senior research fellow at the Makerere Institute of Social Research in Kampala, Uganda, and associate professor of political science at San Diego State University, USA. He is the author of two books: Africa Uprising: Popular Protest and Political Change (Zed Books, 2015, co-authored with Zachariah Mampilly) and Displacing Human Rights: War and Intervention in Northern Uganda (Oxford University Press, 2011). He has also spent extensive time working with human rights organizations in Uganda and internationally.

Dr. Branch’s research has focused on African politics, in particular on questions of political violence, foreign intervention, and popular resistance, largely in East Africa. His first book, Displacing Human Rights, was a critique of human rights intervention’s tendency to exacerbate violence and undermine democracy, based upon two years of research on war and displacement in northern Uganda. His second book, Africa Uprising, turned to the politics of unarmed popular protest and argued that a “third wave” of large-scale urban uprisings is erupting throughout Africa today, which could prove the driver of future political transformation.

At present, he is developing two research agendas. First, he is extending his research on international law in Africa, in particular through a focus on the International Criminal Court’s interventions in the continent and on contemporary possibilities for counter-hegemonic models of international law. Second, he is beginning research around natural resource extraction, large infrastructure development, and militarization. He also continues to be interested in the politics of knowledge production and the decolonization of the university, stemming from his work in helping to found a pioneering interdisciplinary PhD programme in Social Studies at Makerere.