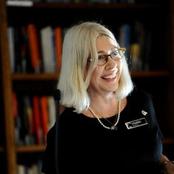 Alejandra Palermo FRSC leads Open Innovation activities for the Royal Society of Chemistry. These activities are part of a major new commitment by the RSC to knowledge sharing and innovation, initially focused on supporting open innovation in drug discovery research and development, particularly in the area of neglected diseases, but rapidly extending to support all sectors. This is a global role that involves cross-RSC collaboration as well as developing relationships with researchers in industry and academia, external organisations, governments and funding bodies.

Her previous roles included managing the development of the Society’s offices in Kenya, Ethiopia, Brazil and India and the activities in those regions. Since 2007, she has managed and led the Pan-African Chemistry Network, an RSC initiative in collaboration with the private sector. PACN’s achievements have been recognised across the world, resulting in Alejandra giving invited plenary lectures at the World Chemistry Leaders Meeting at the IUPAC Congress in Puerto Rico in 2011 and at the World Economic Forum on Africa in 2009 and 2013.

Alejandra graduated as a chemical engineer followed by a PhD in Materials Science; her graduate studies included a period at the Chemical Engineering Department of the University of Sao Paulo, Brazil. Her doctoral research dealt with theoretical and experimental studies of diffusion of hydrocarbons in zeolites. Her subsequent career commenced with an Assistant Professorship in Chemical Engineering at the National University of Mar del Plata in Argentina, followed by a Royal Society Visiting Fellowship at Cambridge University. She was then awarded the position of CONICET External Research Fellow and has published over 50 scientific papers on heterogeneous catalysis and surface science.

In 2002 she joined the Royal Society of Chemistry as Special Projects Manager to run the EPSRC International Review of UK Chemistry working with Professor George Whitesides of Harvard University. Subsequently, she worked on the follow-up action plan based on the recommendations of the IRC report, particularly on sustainable chemistry, national security and the development of the chemistry/chemical engineering interface, leading to reports such as "Green Chemistry and Sustainability" (n collaboration with EPSRC, BBSRC, academia and industry), "Chemical Sciences and National Security and Crime Prevention" (in collaboration with Ministry of Defence, DSTL and the Home Office), and "The Chemistry-Chemical Engineering Interface in the UK” (in collaboration with the Institute of Chemical Engineers).

She has also expanded existing international collaborations between the RSC and the chemistry communities in Japan, the USA, as well as establishing new collaborations with the chemical societies and the UK Science and Innovation teams abroad, especially in Brazil, China, India, South Korea and South East Asia.

Since 2007, her work has focused on international development with particular emphasis on India, Latin America and Africa. She co-authored the PACN report on “Africa’s Water Quality”, launched on World Water Day at the UNEP headquarters in 2010; the “Wealth not Waste” report launched at the United Nations Economic Commission for Africa in 2011; and the Agricultural Productivity report launched in Tianjin, China, in 2012.

She is a member of the Development Sciences Research Capacity Strengthening Group and of the International Network for Availability for Scientific Publications project group. She is an FRSC, Life Fellow of the Chemical Research Society of India, Fellow of IUPAC and an honorary Fellow of the Chemical Society of Ethiopia. Currently, she is a volunteer mentor at the Department of Chemistry, University of Cambridge under the new Mentoring Scheme for Contract Research Staff.