PhD candidate at Department of Computer Science and Technology, University of Cambridge 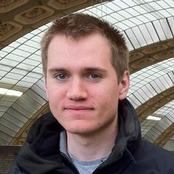 Alex Bradbury is a PhD candidate in the Computer Architecture Group at the University of Cambridge Computer Laboratory. Within the group, Alex is working on the 'Loki Project', the aim of which is to investigate the design and implementation of massively-parallel single-chip architectures that place the network at the heart of their design. Their simple cores are far more deeply interconnected to each other than traditional designs, sharing some similarities to FPGAs.

The network is also free to carry both instructions and data between cores allowing cores to be exploited using a variety of execution patterns. Alex's research focuses on compiler techniques targeting this architecture, primarily using the LLVM compiler framework.

Alex has been heavily involved with the Raspberry Pi Foundation and its mission to improve computer science education and produce a $25 computer since the first alpha hardware was available. He has for a number of years maintained the base Raspberry Pi software distribution, and also supervises Raspberry Pi-based summer internships at the Computer Lab. He is co-author of the book 'Learning Python with Raspberry Pi'. Most recently, Alex co-founded lowRISC, a not-for-profit project which aim to produce high quality open source System-on-Chip (SoC) implementations that can be exploited by academia, industry, and the wider open-source community. The availability of a free, open template SoC will encourage existing and new companies to seek novel specialised solutions. It will also act as a research platform and benchmark to allow new approaches to be rapidly investigated and assessed and to speed their transfer to industry.