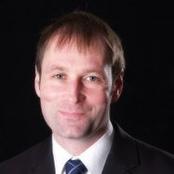 Allen Packwood is a qualified archivist and has worked at the Centre since September 1995, succeeding Dr Piers Brendon as Acting Keeper in 2001, before being appointed Director in 2002. Allen was co-curator of “Churchill and the Great Republic”, a Library of Congress exhibition, which ran from February – July 2004, and has since organised many events and lectures, including the successful conference on “The Cold War and its Legacy”, staged over two days at Churchill College in November 2009, and attended by senior representatives from the Russian Federation and the United States.

Allen is the author of several articles, he co-wrote the publication accompanying the Library of Congress display, edited the recent guide to the Churchill Archives Centre, and has lectured extensively on Churchill in the United Kingdom and the United States.

The Churchill Archives Centre is located in the grounds of Churchill College, and is home to the papers of Sir Winston Churchill, Baroness Thatcher and almost six hundred of their contemporaries: politicians, diplomats, civil servants, military leaders and scientists of the Churchill era and beyond. It is still collecting.

Allen now combines his leadership of the Archives Centre with his role as Executive Director of The Churchill Centre in the United Kingdom.