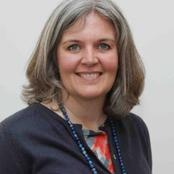 Previously, Amanda had been Director, Trade Remedies, Access and Controls (part of the Trade Policy Group) at the Department for International Trade since August 2016. Her responsibilities include trade disputes and export and import controls. Earlier in her career, she led the UK's effort on multilateral and regional trade negotiations.

Between 2013 and 2016, Amanda was the Director of Business Innovation, where she was responsible for creating a good environment for innovation and small business growth. Previously Amanda led on industrial strategy and growth policy, and was Deputy High Commissioner and Director of Trade and Investment in Singapore. She has an MBA from Imperial College.