President at German Institute of Global and Area Studies (GIGA) 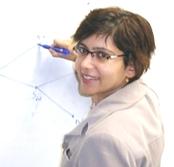 Amrita Narlikar is President of the German Institute of Global and Area Studies (GIGA), and a Professor a the University of Hamburg. Before moving to Germany she was Founding Director of the Centre for Rising Powers at Cambridge University's Department of Politics and International Studies. The Centre stems from academic interest in the emergence of new powers, the so-called BRICs - Brazil, Russia, India, and China, and focuses on the fundamental theoretical and empirical puzzle: how do new powers rise, how might they be accommodated, and what impact do these interactions generate on systemic stability.

Amrita was involved in the University’s Cambridge-India Partnership as a Senior Research Consultant at the WTO Centre at the Indian Institute of Foreign Trade, and Adjunct Senior Fellow at the think-tank Research and Information System for Developing Countries in Delhi. In addition she has been involved in research collaborations with the Centre for International Trade and Development at the School of International Studies, Jawaharlal Nehru University, Delhi.

Prior to joining the University of Cambridge, Amrita held a lectureship at the University of Exeter, and a Research Fellowship at St John’s College, Oxford. She has served as a Commissioner on the First Warwick Commission on the Reform of the Multilateral Trading System. She has authored and co-authored four books, and her research has been published in multiple academic journals.