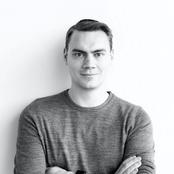 Andrew is a Partner at Public Digital, a consultancy that helps governments, public institutions, commercial organisations and political leaders with digital transformation. He has written two books, Digital Transformation at Scale and Bluffocracy, both published in 2018. He is also a regular columnist for Civil Service World, Associate Editor for GovInsider, and occasional contributor to Apolitical, The Guardian and New Statesman.

Andrew worked in the UK civil service for 6 years, spending time in 5 government departments, covering digital, energy, health, climate change and business. While at the Government Digital Service, he led the team that delivered the first government digital service standard and design manual, set up the Technology Leaders network and wrote the Digital Efficiency Report. He has spent most of his time working on strategy, product management, data, and other forms of bureaucratic tradecraft.

Andrew ran a government review into applications of the Internet of Things, commissioned from Government's Chief Scientific Advisor by the UK Prime Minister in 2014. He was a CSAP Policy Fellow from 2014 to 2016.

Prior to working in government, Andrew did a brief stint in management consultancy and graduated from Oxford University in 2006 with a first in Philosophy, Politics and Economics.