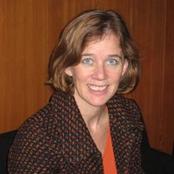 Professor of Mathematical Biology, Department of Zoology, University of Oxford

Professor Angela McLean is Professor of Mathematical Biology in the Department of Zoology at the University of Oxford. She is also the Director of the Institute of Emerging Infections, a multi-disciplinary team of biologists, mathematicians and clinicians working to understand the underlying processes that drive the emergence and spread of novel human infectious diseases.