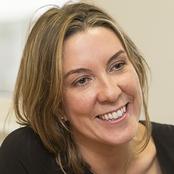 Antonia Romeo was appointed as Permanent Secretary at the Department for International Trade in 2017. DIT has responsibility for trade policy, trade negotiation and market access arrangements with countries outside the EU, global trade promotion and finance, inward and outward business investment, and the GREAT Campaign.

Antonia was previously Her Majesty's Government's Special Envoy to the US technology companies, a role she began in October 2015. In this role she worked with the US-based technology firms across prosperity, security, and regulatory issues, based out of New York.

Antonia sits on the Civil Service Board and Senior Leadership Committee, is the Civil Service Gender Champion, and is President of the Whitehall Choir. She holds an MA (PPE) from Oxford University, an MSc (Economics) from the London School of Economics, and an Advanced Management Programme diploma from Columbia Business School.