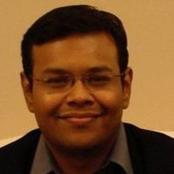 Before moving to the industry, Dr Arjuna Sathiaseelan directed the Networking for Development (N4D Lab) at the Computer Laboratory, University of Cambridge. The research group conducted research on novel Internet architectures for improving and reducing the cost of Internet access. He founded and chaired the IRTF Global Access to the Internet for All (GAIA) research group and was a member of the Internet Research Steering Group (IRSG). He was in the Access Advisory Panel of the United Nations Foundation's $75 million Digital Impact Alliance (funded by the Melinda and Gates Foundation, USAID and SIDA).

His research interests also include architecting the Future Internet, enabling quad-play convergence (voice, video, data, mobility), mobile systems, especially inter-RAT mobility, and the Internet of Things. He has co-authored and contributed to several internet standards and drafts and contributed to the DVB-RCS2 standardization at the ETSI TM-RCS.