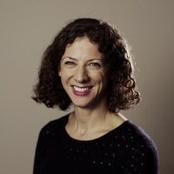 Beatrice is the Head of Deals at the Cities & Local Growth Unit. She leads an ambitious programme of 101 multi-million pound Town Deals between government and places that need it most, as part of the £3.6bn Towns Fund.

Beatrice brings policy, analysis and design skills together to help UK civil servants address the complex challenges of government. She worked with former CSAP fellow Dr Andrea Siodmok to establish the UK Policy Lab in April 2014, since when it has run eighteen large projects and worked with over 5000 civil servants. Beatrice managed the Lab until autumn 2018, running projects with departments including Education, Work & Pensions and the Ministry of Justice.

Beatrice previously worked in the Efficiency & Reform Group and the Social Investment team in the Cabinet Office, and as head of policy at the Big Lottery Fund.